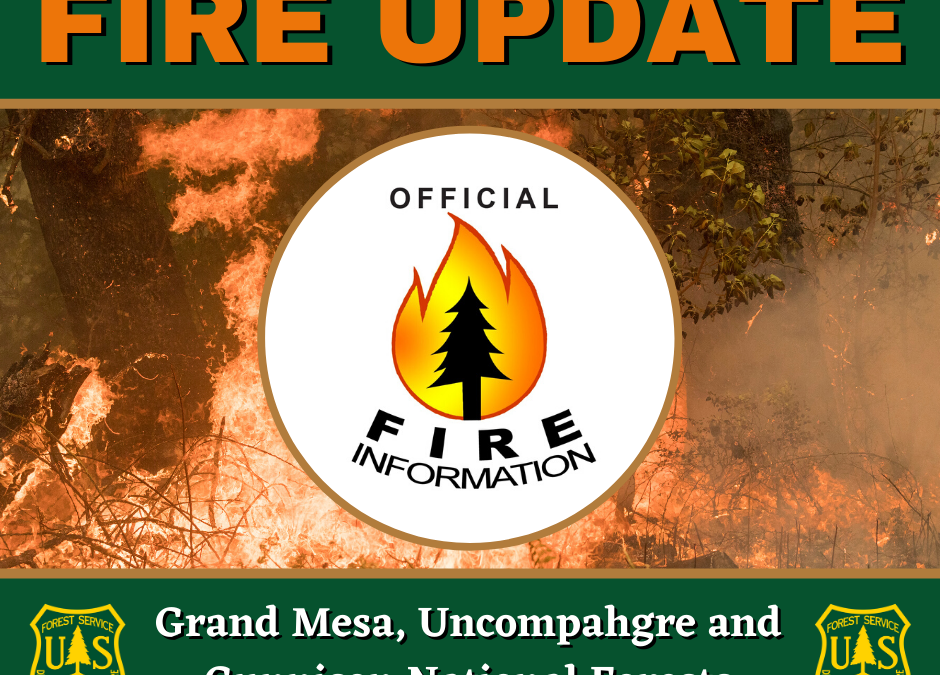 The GMUG had two small fires on the landscape the evening of Sunday, July 12, 2020.

This fire was 0.25 acres in heavy timber on the Paonia Ranger District. It was lightning caused from a weather event that occurred on Sunday evening. A Type 6 engine and an initial attack module responded to the fire. It was reported at 5:57 PM, contained at 9:71 PM, and ruled as under control on July 14 at 1:40 PM.

This fire was also 0.25 acres on the Gunnison National Forest. It was caused by a power line that had broken, sparked, and started a fire in dry grass. Mutual aid crews responded from Gunnison Fire Protection District, neighboring landowners, and Gunnison County EMS. This fire was reported on Sunday at 7:29 PM, contained at 9:10 PM, and ruled as controlled on July 13 at 9:15 AM.

We encourage everyone to continue to be diligent in fire prevention! Lightning caused fires cannot be prevented, but fires caused by abandoned campfires and careless acts can!

Even though we have had some moisture and cooling temperatures, fuels are still very dry and fire danger is still VERY HIGH!

🔴 Make sure your campfire is DEAD OUT before leaving!

🔴 Campfires are only allowed in fire grates within designated camping areas on forest land.

🔴 Do not throw cigarettes out of your car while driving.

🔴 Make sure trailer chains do not drag on the roadway.

🔴 Pull over immediately if you get a flat tire and don’t park your car over dry grass!

🔴 Make sure any combustion engines you are using have a spark arrestor!