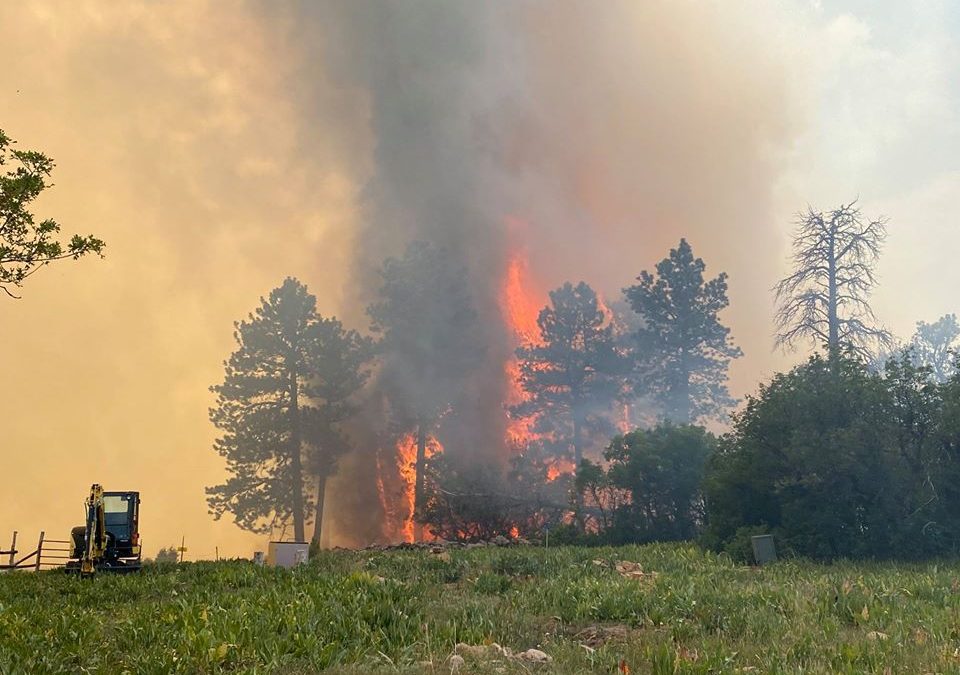 As of Tuesday, 0800 July 14th, the #greenmeadowsfire was 100% contained. Fire sustained high winds yesterday with no spread, and rain last night helped some.
Crews mopping up final hot spots in the interior today and hope to have the fire “controlled” by the end of tomorrow, though fire officials say there’s very little chance of any further issue. About 46 firefighters on scene today and will be scaled down beginning tomorrow. @TellurideFPD BLM Colorado FireMontroseFire District

*Update 745pm (last update for the evening): Fire is estimated at 60+ acres, is not yet contained with some active burning, but is starting to lay down. Sheriff Bill Masters said early management by our local TFPD firefighters helped keep the fire from spreading further, and he thanks all of men and women who responded from multiple agencies. “We are fortunate to have strong, experienced crews from regional, state and federal agencies respond and aggressively fight this wildfire,” Sheriff Masters said.
*Update 6:30pm: Approximately 14 homes will remain evacuated overnight. If any of those residents need access to their homes, please see a Sheriff’s Deputy stationed at Highway 62 and County Rd. 56V or call dispatch at 728-1911.
*Update 6:10pm: Down Valley and Placerville Parks are now open.
*Update 4:50pm: Both the Down Valley and Placerville Parks are temporarily closed to the public so they can be used firefighting efforts.
*Update 4:15pm: Fire estimated to be 60-70 acres. Air attack includes helicopter from @CODivFirePrevControl and four planes from Federal resources. No structures damaged at this point. More than a dozen homes in Green Meadows area of “Telluride Pines” subdivision in Placerville on Hastings Mesa (15 miles NW of Telluride) have been evacuated. No further evacuations anticipated at this time.
*Update 210pm: TFPD has handed Placerville wildfire over to San Miguel Sheriff and @BLMFire but resources remain on scene. Fire covers several acres. Multiple agencies on scene or in route including TFPD, Sheriff’s Deputies, BLM, Norwood Fire, Log Hill Fire, Montrose Fire and air resources.
*Fire in Green Meadows area of Placerville
Deputies, Telluride Fire Protection District Stations 1, 2 & 3, on scene with other agencies and air resources in route to a fire at 2480 Green Meadow Lane in Placerville. Residents in the immediate area are evacuating. Please avoid the area and watch for emergency vehicles. Call came into dispatch just after noon today (Sunday, July 12). 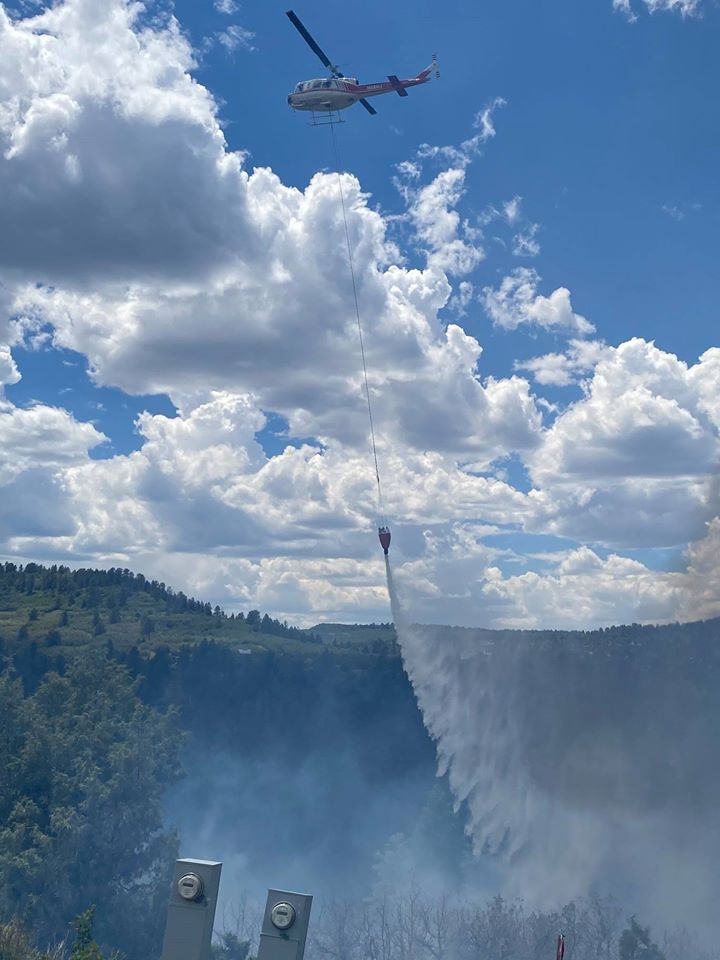 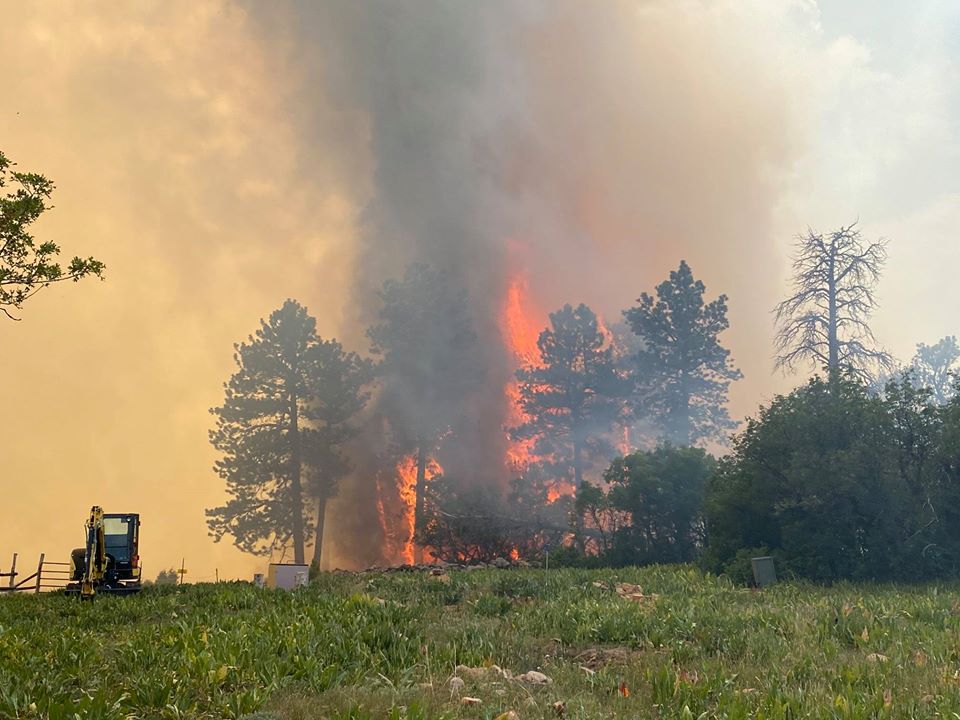 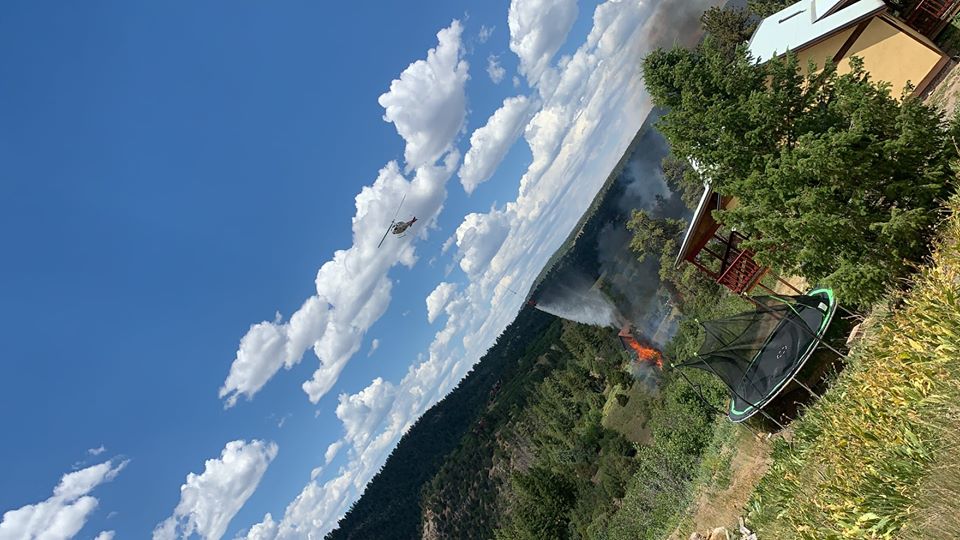